New Zealand is simply stunning, but it’s also familiar, friendly and a great place for Aussies to explore. When being interviewed about the trans-Tasman travel bubble opening, even their Prime Minister Jacinda Ardern said that Australians should “think of us as like any other state in Australia – except better!” 😉

It’s a great time to travel across the ditch to see our New Zealand neighbours. For a country that’s only 18% bigger than the state of Victoria and has a population less than the city of Melbourne, it packs a whole lot of amazing experiences into a small space. Plus, an exchange rate in favour of the Australian dollar is nice bonus.

Keep reading to find out what could make you want to head to New Zealand right now! 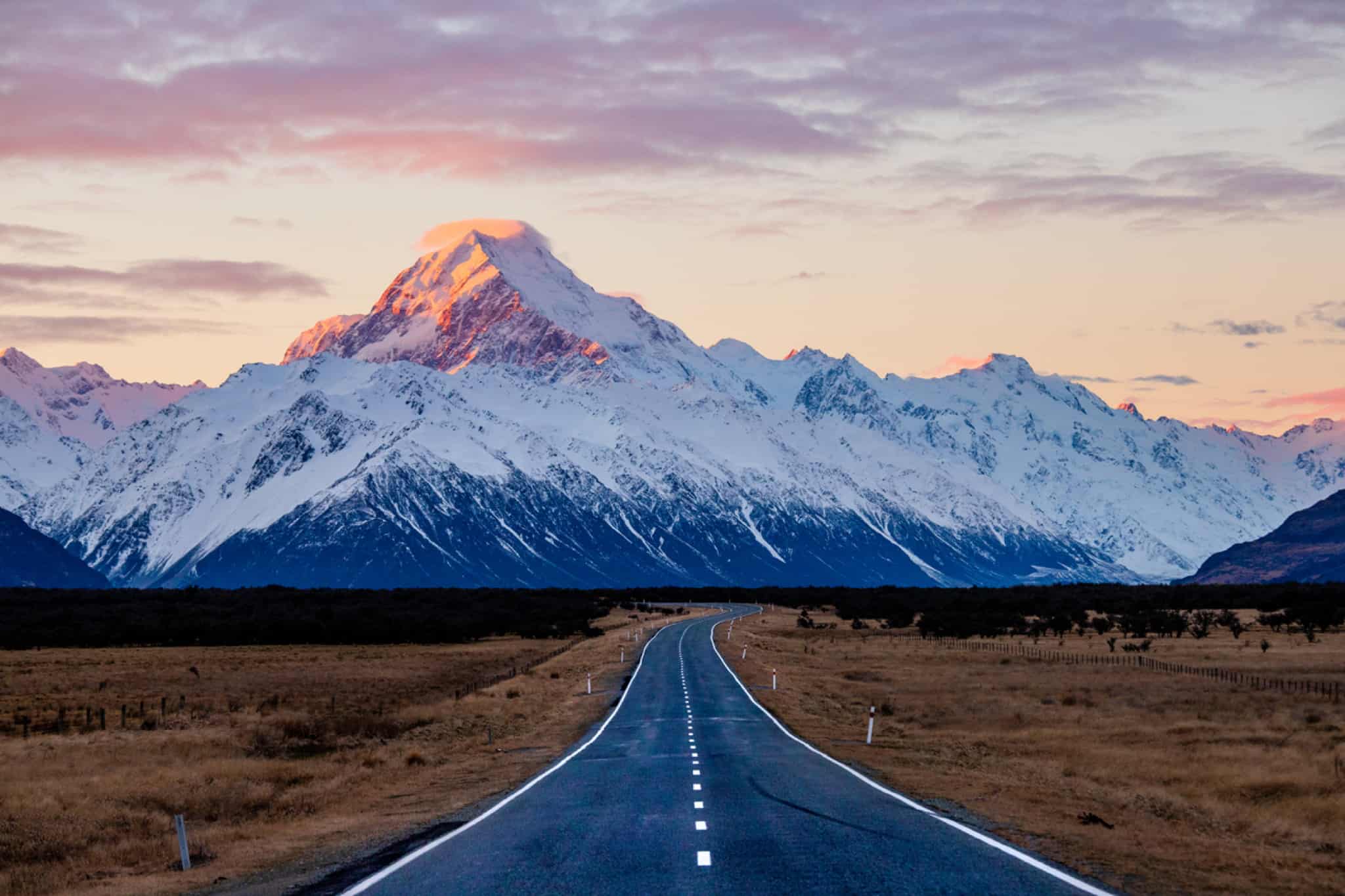 Which destinations you decide to include on your New Zealand itinerary will depend on personal interests, but there are a few spots that we think shouldn’t be missed. In a quick top 4 places to experience in New Zealand, we’ve picked two from the North Island and two from the South Island (but we admit, there’s so many more highlights that you’ll want to discover!).

Rotorua:
On some days you might notice an unusual stench, but don’t let that put you off – in fact, that’s why you should want to come! Rotorua is renowned for its geothermal activity and that sulphur pong comes from the clouds of steam, amazing bubbling mud pools, natural hot springs and spectacular spouting geysers.

The city is also a rich centre of Maori culture. Te Puia is where you should head to see the local culture and explore the geothermal wonderland. The centre is home to the New Zealand Maori Arts and Crafts Institute and offers impressive displays from traditional carvers and weavers. Plus, walk through the park to see the largest active geyser in the Southern Hemisphere!

Wellington:
The city often pops up in trivia questions, because it’s the lesser-known capital of New Zealand. But we think Wellington deserves more attention. This quirky university town has a great local vibe, plenty of highlights to explore and it’s an inexpensive destination for travellers!

Wander along the waterfront promenade, take a dip at sandy Lyall Beach or hang out in one of the city’s 20 craft beer bars and breweries to escape the Cook Strait winds that give the city its nickname ‘Windy Wellington’. A must-do is ride the iconic red Wellington Cable Car to the botanic gardens for a spectacular view of the city and surrounding region.

Have a look at our great travel deals to see how you can combine Auckland and Wellington.

Milford Sound:
In the southwest of the South Island you’ll find Fiordland National Park and the famous Milford Sound. Tourists flock to this spectacular part of the country, and for good reason. Even Rudyard Kipling described the glacial carved landscape as the “eighth wonder of the world.”

Dramatic cliffs and cascading waterfalls plunge into the dark and mysterious waters of the fiord. Imposing mountain peaks form a magnificent backdrop and it’s breathtaking to witness in any weather. To appreciate Milford Sound from all angles, you can cruise its calm waters, hike along the popular Milford Track or take a scenic flight for an amazing flightseeing experience!

Queenstown
Set against the magnificent Southern Alps, Queenstown is located on the shores of Lake Wakatipu. We mention this for two reasons: 1. staying somewhere that’s walking distance to the lake is a plus and 2. there are plenty of fun activities centred around the picturesque lake.

Known as the adventure capital of New Zealand, Queenstown goes through a seasonal transformation each year. In summer, it’s all about enjoying the outdoors and adrenaline activities like jet boating, bungee jumping, white water rafting and skydiving. You can still get your blood pumping with many of these pursuits in winter, but in the colder months you can also add snow sports to the list. The town transforms into a world-class winter resort, with four great ski areas in the region.

TOUR MANAGER
From $2999
New Zealand Escorted Rail Tour & Flights
Escorted TourPacificRail Journey
It’s worry-free all the way with this escorted tour of New Zealand. The pace is perfect as you travel by train and experience three of the country’s most spectacular rail journeys. Enjoy stays in Auckland, Wellington and Christchurch with sightseeing tours, plus flights from Australia are included on this escorted tour!
View Details
9 days
New Zealand
14

SENIORS SPECIAL
From $2799
New Zealand South Island by Rail & Sea
CruisePacificRail JourneySelf-Drive
You wouldn't want to go to New Zealand's South Island without seeing stunning Milford Sound or exploring towns like Queenstown and Christchurch. This trip covers those and much more. Cruise through Fiordland National Park, witness the magnificent Franz Josef Glacier, travel west to east on the famously-scenic TranzAlpine Train and have time to discover more at your own pace on the self-drive days. You can see why this exciting combination is one of our most popular New Zealand itineraries!
View Details
9 days
New Zealand

TOP INCLUSIONS
From $3499
New Zealand Rail, Cruise, Drive & Fly
CruisePacificRail Journey
This New Zealand holiday package is a wonderful combination of flights, car hire, hotels, sightseeing tours, ferry and trains - not hard to imagine how complicated it would be organise these all yourself, but that's why where here. Don't settle for run-of-the-mill holidays - wouldn't you much prefer this exciting combination that includes an extraordinary overnight cruise on Milford Sound, three of the world's most scenic train rides and plenty of time to explore at your leisure?
View Details
14 days
New Zealand