Of course, no trip to Egypt is complete without seeing the astounding Great Pyramids, but to stop there would sell the country short. Discover Egypt’s incredible treasures, experience the ancient culture, cruise the Nile River, swim in the Red Sea, visit Luxor Temple, Abu Simbel and more! 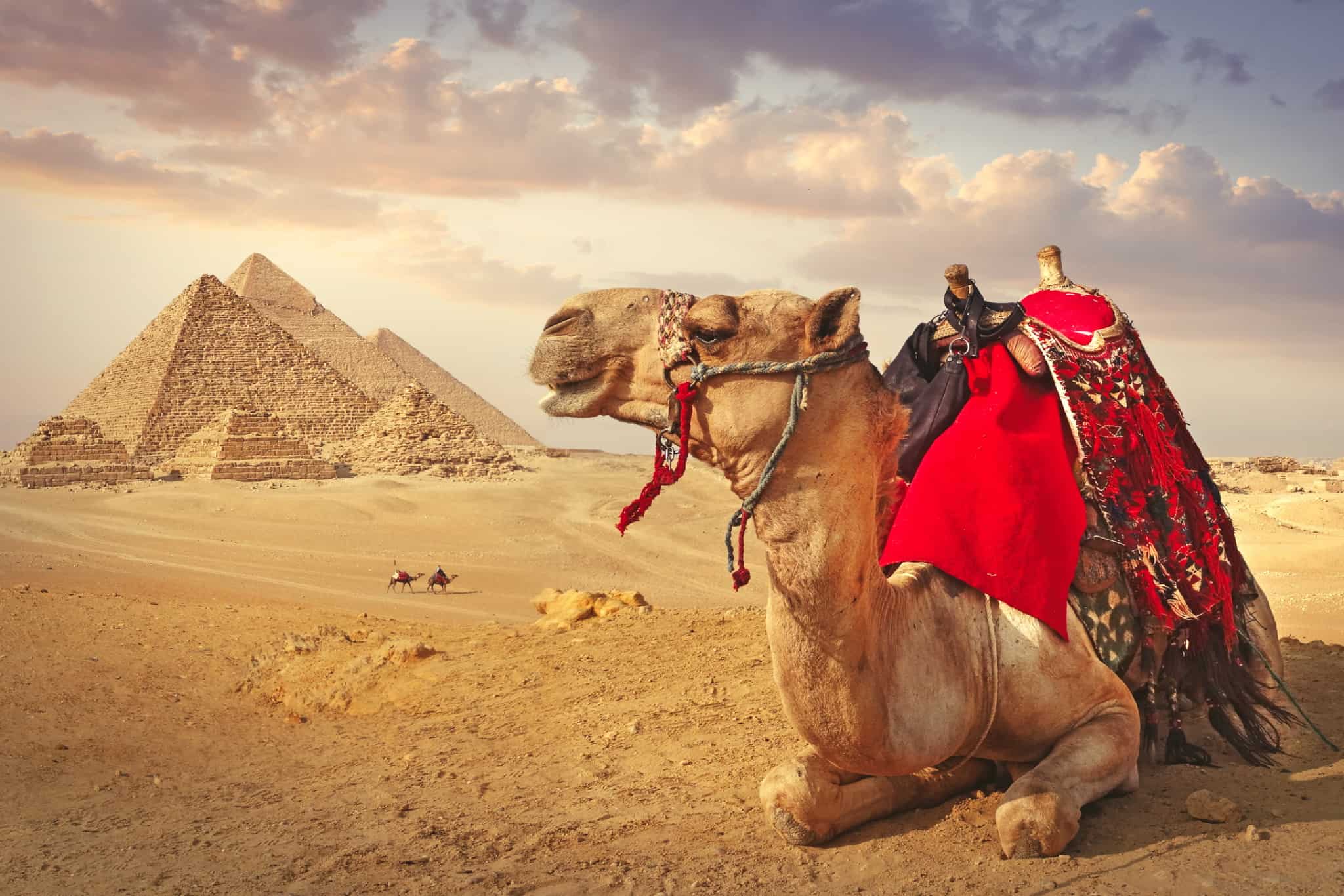 Like anywhere, where you want to visit in Egypt will depend on personal interests. But just in case you’re looking for more inspiration, we’ve put together a little list of our top five places to experience in Egypt.

Luxor:
Luxor is commonly where travellers board their Nile River cruise. It’s also a city with an incredibly rich history and plethora of ancient monuments and impressive temples. Visit the great Luxor Temple and the magnificent Karnak Temple of Amun, with its famous Hypostyle Hall and the 134 huge columns, the Statue of Ramses II, the Obelisk of Queen Hatshepsut and the Sacred Lake. On the West Bank you’ll find more treasures at the Tomb of Tut Ankh Amun and other royal tombs, including Ramses VI in the incredible Valley of the Kings.

Abu Simbel:
Abu Simbel on a fantastic excursion and astounding cultural adventure. Renowned as a must-see for all history and archaeology enthusiasts, the site is two massive temples carved into the bedrock in impressive detail to honour Pharaoh Ramesses II and his beloved wife Queen Nefertari. In the 1960’s these temples were threatened by the rising waters of the Nile, due to the erection of the Aswan High Dam. The solution was to disassemble, relocate and rebuild the temples, until all 16,000 blocks were moved and the incredible structures were no longer at risk. Today, learning how this remarkable process took place is part of the thrill of visiting Abu Simbel.

The Red Sea:
Including the Red Sea in your itinerary will provide a welcome break from bustling cities and a wonderful chance to re-charge. The region has lovely beaches, cooling waters and is recognised as a popular destination for divers of all levels. Even if you just want to snorkel, you’ll be amazed at the colourful marine life that you can see when you jump off a boat to explore the underwater world and coral reefs. There are plenty of fun beach-side cafes to enjoy and despite being a popular tourist destination, the area has retained its strong local culture.

Nile Cruise
Okay, so a cruise isn’t technically a ‘place’ to visit, but it’s certainly an experience not to be missed in Egypt. The Nile one of the longest rivers in the world and it’s the heart and soul of Egypt. From the river you’ll get a real appreciation for how critical the giant waterway is to Egyptian life. People and wildlife all rely on the river. It feels like the ideal way to travel through the remarkable country and stop off along the way at the incredible ancient sites that line the banks of the great river.

Cairo:
Some capital cities can leave you cold, but not Cairo. It’s a wonderful attack on the senses and heady blend of bustling bazaars, cultural wonders and extraordinary ancient sites. The Egyptian Museum is a trip highlight in its own right and houses a magnificent collection of Pharaonic antiquities, especially the golden treasures of Tut Ankh Amun. The city is also the gateway to the Giza and it’s here that you can discover the thrill of seeing the Great Pyramids and the Sphinx in person! 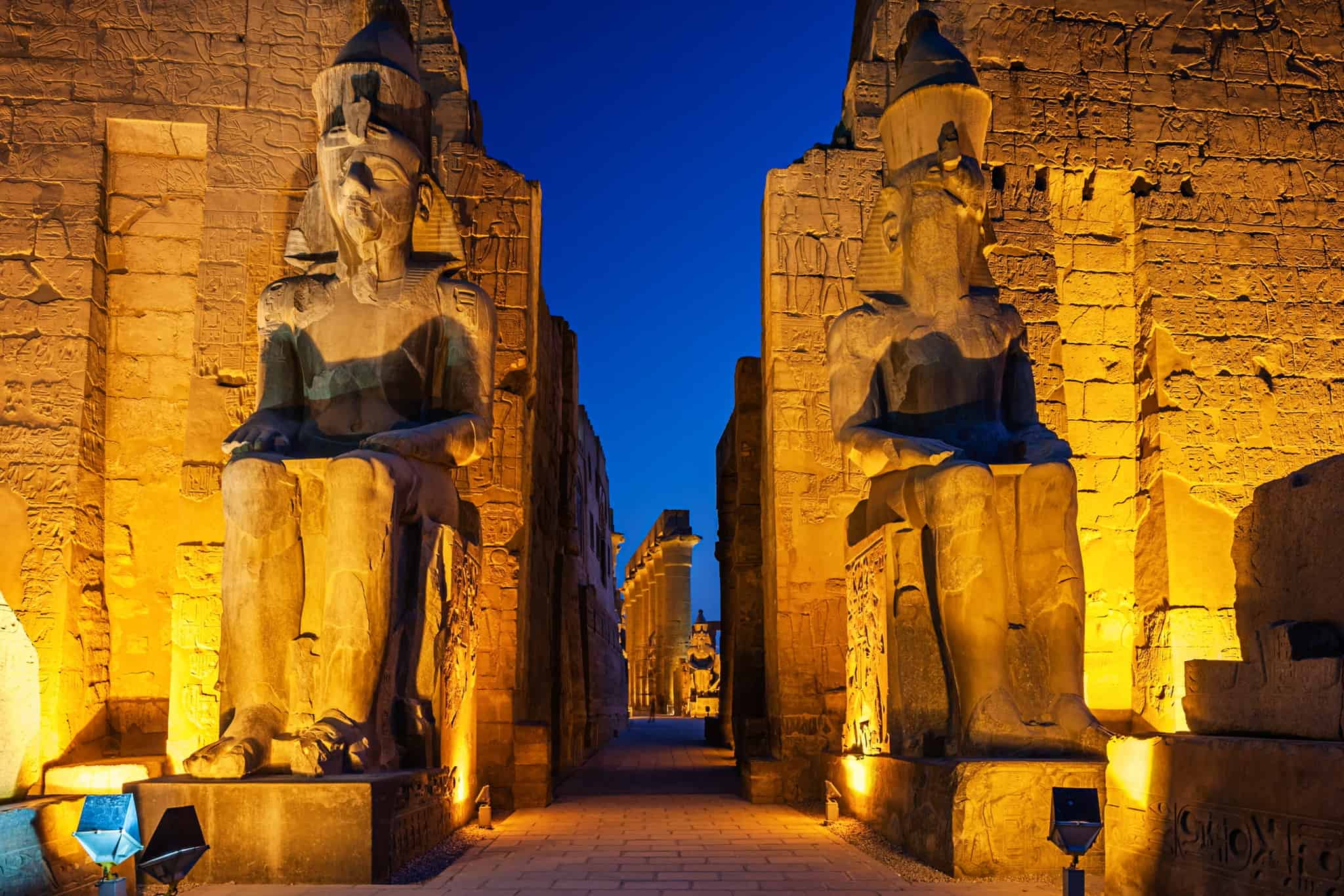 It’s impossible to imagine a trip to Egypt that doesn’t include temple visits. They hold the key to Egyptian civilisation in many ways and while it’s almost impossible to narrow it down to our favourite five, we’ve given it a shot…

Kom Ombo:
The spectacular Temple of Kom Ombo overlooks the Nile from high on a dune. It’s actually two temple structures, which makes it unusual, and was built during the Ptolemaic dynasty. Kom Ombo is dedicated to both the crocodile god Sobek and the falcon god Haroeris (Horus).

Philae Temples:
Today it takes a short boat ride to Agilkia Island to explore the Temple of Isis at Philae. It’s another rescue story from the 1960’s, when the temples were moved by UNESCO to save them from being submerged beneath Lake Nassar. Originally built during the Ptolemaic Kingdom (305 BC to 30 BC), the main temple is dedicated to Isis, one of the oldest goddesses of ancient Egypt and worshipped as the paragon of motherly virtues. It is believed that the last Egyptian hieroglyph was written on the island of Philae in the late fourth century.

Luxor Temple:
Luxor temple is a place of worship that is dedicated to three gods: Amun, his wife Mut and his son Khons. Located on the east bank of the Nile River in the ancient city of Thebes, the temple was the centre of the festival of Opet. This important annual festival included transporting the statues of the three gods along the avenue of sphinxes from the temple of Amun in Karnak to the temple of Luxor.

Karnak:
If you visit Luxor temple, you really need to see Karnak as well. The incredible Karnak temple complex is also part of the ancient city of Thebes. Dedicated to the powerful ram-headed god Amun, it offers a vast mix of temples, chapels, statues and obelisks. It’s the largest ancient religious site in the world and despite being damaged over the centuries, it remains one of the most impressive attractions in Egypt.

Edfu:
After Karnak, Edfu is the second largest temple in Egypt and remarkably well preserved. It took nearly two centuries to build the temple, which was finally completed in 57 BC by Ptolemy XII, father of the famous Cleopatra. The temple is dedicated to the falcon god Horus and is always a popular stop on Nile River cruises.

From $2599
Best of Egypt Luxury Tour
ComfortCruiseSmall Group Tour
You'll be astounded by what this small group tour offers for the price! Luxury hotels, a 5-star Nile Cruise, all-inclusive resort on the Red Sea and visits to the Great Pyramids, Valley of the Kings and more. Connect with the local culture through authentic experiences on this exclusive Egypt journey!
View Details
13 days
Egypt
2+

From $1999
Ancient Egypt Luxury Tour
ComfortCruiseSmall Group Tour
Don't be fooled by the affordable price, this small group tour is top notch! Enjoy many inclusions and the luxuries of 5-star hotels and Nile Cruise. An experienced Egyptologist guide will escort you to the Pyramids, Luxor, the Valley of the Kings, Edfu Temple, Aswan and more!
View Details
11 days
Egypt
2+